The short story is that I, Zachary Feinstein, have declared for the 2008 NBA Draft. As a 5'8" 130 pound Caucasian, I am the perfect candidate for professional basketball. Also, I do not play basketball.

If you do not believe me, go to: draftexpress.com or nbadraft.net for proof (under "unknown players").

I would like to thank everyone for their support, unfortunately it seems the Boston Celtics thought Semih Erden was more likely to help their team than I was. 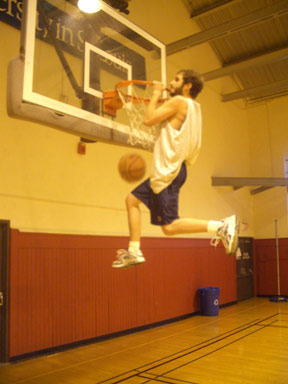